October 14, 2016
Once upon a time, I ate dairy... AND gluten AND sugar aplenty! I remember once making this ludicrously rich and utterly decadent chocolate pudding for a dinner party.

I think I was the only one at the table who managed to devour my entire portion! The recipe for these little chocolate pots was by Jamie Oliver and what better time to resurrect this in a Paleo incarnation, than for our wedding anniversary...


Adapted from Jamie Oliver (original recipe can be found in his The Return of the Naked Chef). 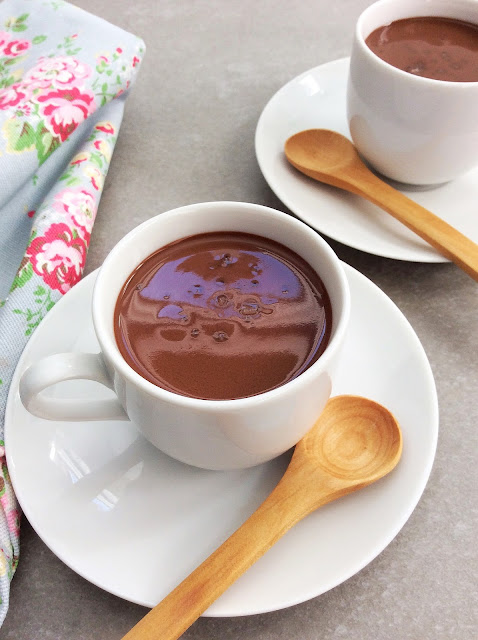 Instructions:
1. Heat the coconut cream in a heavy based saucepan until steaming but not bubbling.
2. Remove from heat and break in chocolate, stirring gently to melt.
3. When fully melted leave to stand for a couple of minutes then beat in the egg yolk and vanilla until smooth.
4. Add coconut oil and stir to combine.
5. Divide into 2 espresso cups or small ramekins, sprinkle a little coarse sea salt on each one and refrigerate for 2 hours or until set.