July 06, 2017
A few posts back I reviewed my experiences with Bullet Journalling and how it has changed my life, organisationally speaking. You can read it here. On embarking on my second journal I approached it with less no-frills function as I had when just starting out, and with a little more flair and personality, now that I know what does and doesn't work for me personally. Check out my lovely Year At a Glance page which includes all the school holidays, birthday and bank holidays neatly colour coded for ease of organisation, ahem, 'at a glance'.

I am without a doubt an 'Upholder' personality, according to The Four Tendencies devised by Gretchen Rubin, in her book The Happiness Project. I can't recommend this highly enough if you haven't read it - in a nutshell all people fall into one of the Four Tendency categories:
As an Upholder I am often accused of being inflexible, unsympathetic and obsessive, yet also VERY reliable, punctual and disciplined.

I have determined that my husband is a Questioner - his rational need to understand why I do certain things (which he deems unnecessary) and the way that I approach them (possibly not the most efficient way), along with when I do them (surely this is not the best time?), drives my regimented no-question, box-ticking, gold-star seeking self to distraction. 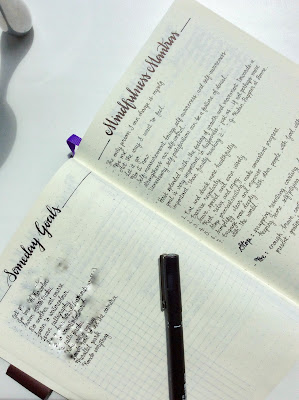 Possibly why I love Bullet Journalling so much is the self-accountability: hey, this is the list I set out to achieve today/ this week/ this year/ this lifetime - and look, these are the tasks I have managed to accomplish and tick off so far! Pat on the back, big gold star. Tick, tick tick. Is it any wonder I loved homework and tests as a kid and got my first job as an auditor.

A Questioner or Rebel would have a strong aversion to the unrelenting bind of a a daily journal and list, silently dictating the rules of the day and demanding to be addressed without delay. An Obliger would highly likely abort the mission unless the lists of tasks contained therein were set (and monitored) by a third party.

So when my children caught a glimpse of my new journal, they were intrigued. Mostly by its utter lunacy in the level of structure and neatness but also by the fact that every little appointment pertaining to themselves and their school functions all featured along with dedicated pages for each of their personal 'Wish Lists'. 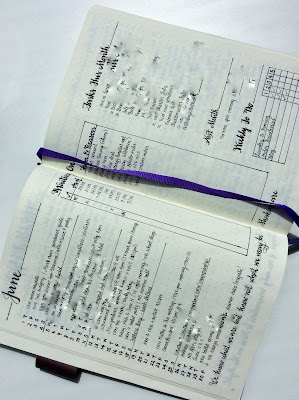 My stationery-junkie daughter (a mini-me no less) immediately took out a new notebook and decided she would have her own Bullet Journal. My son, slightly more hesitantly decided he also wanted to give it a go.

What was interesting was how they then approached it. My son questioned its legitimacy from the outset. Seeing its merits certainly but questioning whether it was suitable for him. For example, he reasoned that he's just a kid, he doesn't have so many appointments, his appointments can all be absorbed and taken accountability for by me, therefore why should he waste his time and energy on such piffling pursuits? Still he did a quick Future Log spread and filled in all the birthdays of his nearest and dearest. He labelled the pages and the key in, notably, his own words, that were meaningful to him.

My daughter on the other hand copied each page and list from my journal, word for word, refusing to deviate at all from my original. She didn't quesion a single assumption I had made or reason why I had chosen certain pages or key codes to mark the status of my tasks. My son, in contrast, didn't bother with half the key codes, declaring them of no use to him.

She continued to fill in her journal beautifully for the next few days, showing me proudly her daily lists and achievements. Then, unsurprisingly, when the tasks became more mundane and didn't require any external congratulatory commendations (from me), it fell by the way side into disaffection - bit like the aftermath of a very brief honeymoon period.

I previously thought that The Four Tendencies was a bit like putting on the Sorting Hat at Hogwarts - a categorisation that only happens at a certain coming of age. But it seems may be not. Or perhaps the similarity does stand - after all, the hallmarks of courage and determination are inherent in a Gryffindor well before the Hat makes his official declaration.

Not wishing to risk pigeonholing prematurely and thereby inadvertently shaping their characters to fit a tendency, I am only going to say that, at this given point in time, I have one potential  Questioner and one potential Obliger. All this family is now missing is a Rebel and we'll have a full house! 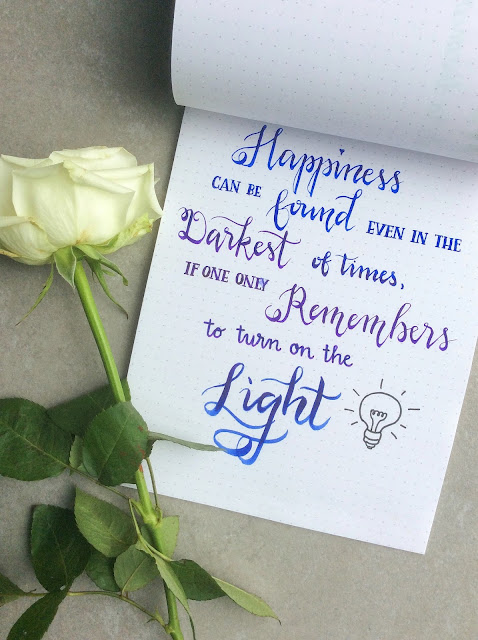