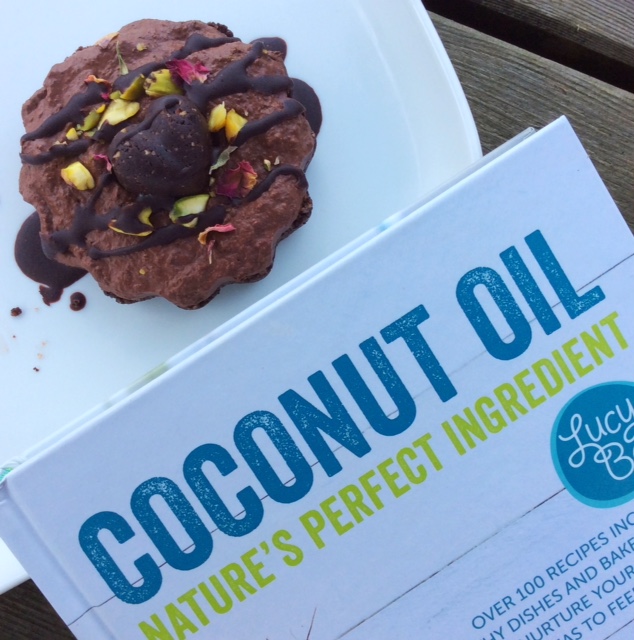 This morning officially saw the last of the 250ml jar of coconut oil I opened 31 days ago to begin my oil pulling experiment. I didn't miss a single day. I started out with a miserly teaspoon and gradually worked up to a heaping teaspoon.

Weekdays I bounce (stumble more like) out of bed to do my morning stretches while hubby is in the shower, so swilled while stretching - the epitome of modern day morning multi-tasking! Happy coincidence is that my stretches take 15-20mins - perfectly in sync with optimum oil swilling duration.

This meant I could spit, rinse and have my mouth free to chat/yell/coax ahead of getting the children up and fixing breakfast.

Weekends we all have a lie-in and I generally go to the gym fasted on Saturday mornings so I oil pulled (is that a verb?) while showering afterwards, just before a late breakfast. Sundays either same as Saturday or I would breakfast with the family then oil pull 3-4hrs later (ensuring no more food since breakfast) before lunch. Not ideal but better than nothing and not worth sacrificing precious family time or sleep time to get fanatical about.

The first week saw no notable differences. I didn't experience any of the gagging effects some have reported. The initial solid lump was slightly strange but it melted to liquid so quickly it didn't pose a problem. The taste of the coconut oil (organic extra virgin) is pretty pleasant and the swilling motion rather relaxing. In fact I got into the swing of it rather easily.

At the start of week 2 I got a nasty breakout of spots on my face - toxins being released, my overanalytical mind wondered and hoped? After a few days they disappeared and my skin felt plumper and smoother (I regret not taking close up photos) and I was also sleeping really soundly for nights on end (I am typically a terrible sleeper) - without question a possible placebo effect.

Looking at it as objectively as possible being an experiment of one, I did notice my oral health to be improved by week 3 - it entirely removed morning breath and made my teeth feel cleaner. That said, in week 4 the dentist didn't note any changes and the hygienist still had a field day scraping away my plaque! Though it could be argued the plaque had been a build-up over the last six months, pre-dating my oil pulling dalliance.

Unfortunately in the last few days of the month's experiement I woke up with swollen stiff fingers and a puffy face, especially around the eyes. I hadn't eaten anything out of the ordinary as far as I was aware and the doctor prescribed steroids and blood tests.

I can't imagine oil pulling could be the culprit especially as any allergic effects surely would have manifested themselves in the previous 3 weeks. Plus I regularly consume coconut oil for cooking.

The test results showed a low lymphocyte count ie slightly compromised immunity and a possible viral infection. I like to imagine it could have been worse without the oil pulling but even I'm not naive enough to view it as a miracle cure for all illnesses.

Even though psychologically I feel like my insides are cleaner from a daily dose of oil pulling it is likely just that - psychological. Having said that, part of being well is feeling well, despite the limited scientific backing.

At the end of my month, on a tangible level I felt it was as beneficial as a morning swill of antiseptic mouth wash. Plus, on a less tangible level, it was a gentle way to come to slow consciousness in the morning in conjunction with stretching and the sun rising, while the house was still bathed in sleepy silence. A ritual I would happily re-adopt in the future.